All I Ever Needed To Know I Learned In the Band

I believe involvement in the arts will help students learn in other areas.  I also believe that the arts are valuable in and of themselves and of great value to children’s creativity, social, and moral development.

I got this opinion honesty….from personal experience.  My own path of learning, academic improvement, and work-habits can be traced to involvement in music.  The following includes just a few lessons learned.  Some are valuable and others not so much.

All I Ever Needed To Know I Learned In the Band

Thank you Mr. Hal Cooper for a lot of great memories and a few musical goose bumps along the way!

A few random thoughts by Jim Warnock written in 2000 (revised in 2013)
EHS Percussion, Class of 1974
Principal at Alma Intermediate School

EHS Band 1973 – I’m behind the timpani in white socks because I forgot my band shoes.

A stern, yet understanding teacher makes space for a young drummer.

A young man in front of me began thumping intricate rhythms on a book with his fingers.   A moment later a kid down the row began doing some nice rhythms on his chest and legs.  Sitting in that concert hall at the University of Arkansas, I realized I was among kindred spirits.  A room filled with drummers! 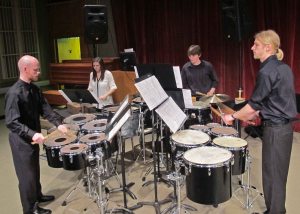 This reminded me of Ms. Break, my 4th grade teacher (whom I loved….and feared).  She often scolded me for drumming on my desk.  I tried to be courteous by pressing my ear against the wooden top to amplify the sound while avoiding disturbing others.  The metal book box below the seat was a fantastic drum and offered a variety of tones depending on where and how it was struck. 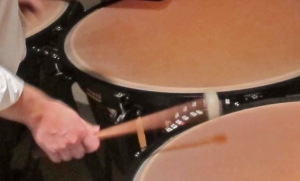 Years later I was playing timpani at the First Methodist Church in my hometown. Ms. Break hollered down from the choir loft with a laugh, “You never did stop that drumming!”   While she did scold me about drumming in her class, she never let little idiosyncrasies interfere with our relationship.  She made space for me to be who I was and that meant a lot.

I enjoyed seeing the percussionists warming up before the recital at the U of A but also enjoyed the informal and spontaneous rhythmic performances occurring out among the audience prior to the concert while thinking of my early drumming days.

Drummers are a strange breed!  You’ll rarely see trumpet players buzzing their lips or violinist bowing the air, but you can always spot a percussionist, whether a fourth grader, college kid, or adult. 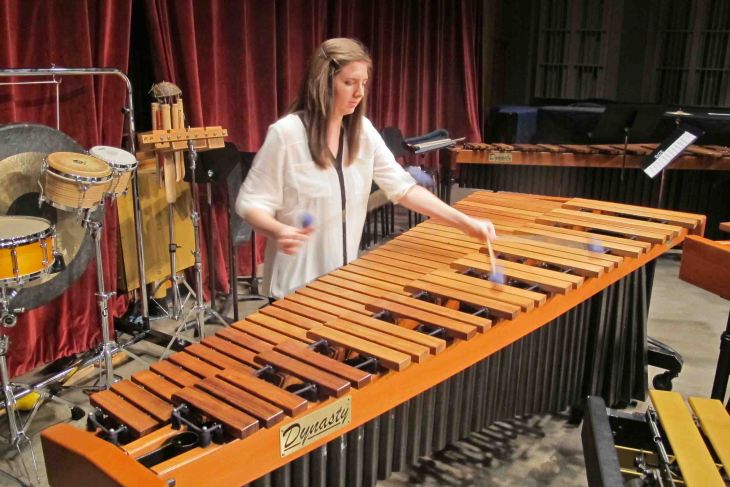 Kelby, the reason for our attendance, giving an amazing performance in her junior recital.